Welcome to an aquatic playground unlike anywhere else in the world …

Ningaloo Reef offers snorkel and dive enthusiasts, adventure seekers, and every day people from all walks of life the ‘bucket list’ opportunity of a lifetime: a chance to swim alongside whale sharks, and get up close and personal with these gentle giants of the deep.

But while whale shark swims are naturally one of the key attractions of Ningaloo Reef, and one of our most popular Exmouth snorkelling tours, there are many other inhabitants of the reef we’d like you to meet …

A Guide to Ningaloo Reef

Or, as we like to call it, our office! Situated on the World Heritage Listed Ningaloo Coast that spans the north west coastline of Western Australia, Exmouth and her surrounding bays are known around the world as the eco-adventure capital of Australia.

With pristine waters, teeming with life, Ningaloo Reef has cemented her reputation as one of the world’s most exciting and abundant locations to swim, dive, fish or snorkel.

An underwater paradise awaits everyone who books an Exmouth Dive and Whalesharks experience. From the moment you leave the boat, you’re transported into a vibrant, hidden world, home to tropical fish, colourful coral, and exotic marine life of every species.

We’ve been taking visitors to Ningaloo Reef for over twenty-five years, and guarantee that on the Coral Coast, every day is a surprise! While you never know what you’re going to come across, here’s just a small selection of the Ningaloo Reef locals you’re sure to catch a glimpse of:

Ningaloo Reef is your ‘must see’ destination for snorkel and dive tour memories you’ll treasure forever. The unforgettable experience of swimming with whale sharks truly is a once-in-a-lifetime adventure.

At Exmouth Dive and Whale Sharks Ningaloo, we’ve tailored a range of tours designed specifically to capture the majesty of the reef and a personalised ‘meet and greet’ with the big fish and mammals who live, feed, and breed in her waters. From humpback whale swims, to Exmouth snorkeling experiences, we’re as committed to the care and sustainability of Ningaloo Reef as we are to providing you with a remarkable marine encounter.

With whale sharks visiting annually between March to August, humpback whales frolicking from June to November, manta rays active between April and November, and turtle season lasting through summer and beyond, we recommend March through to the end of October as the optimal time to explore the beauty and diversity of Ningaloo Reef, Exmouth, and the Coral Coast.

The North West Cape is surrounded by the Ningaloo Reef which is one of the world’s largest fringing reefs. This intricate reef system stretches over 260 km and, at some points, is only metres from the beach. The Ningaloo Reef is home to a myriad of marine life, including one of the rarest, and the largest fish in the world – the Whale Shark. These leviathans, of up to 18 metres in length, are regular visitors to the Ningaloo Reef from March to June, when the plankton rich waters draw them close to the reef in search of food.

Add the bio-diversity of 250 species of corals and over 450 different species of fish to the previously mentioned attractions and it makes Exmouth an impressive diving destination all year round. 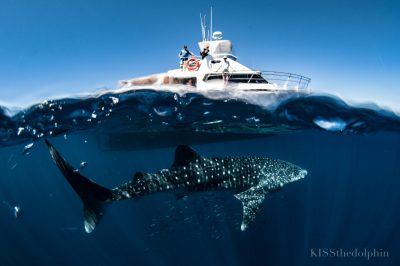 Spend the day swimming with Whalesharks on the Ningaloo Reef with our fantastic crew onboard one of our spacious and stable vessels. Our Whaleshark Swims are an experience that will make you the envy of your friends! 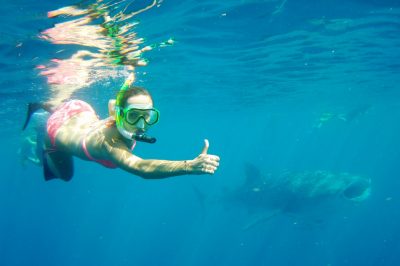 Spend the day swimming with Whalesharks on the Ningaloo Reef with our fantastic crew on board one of our spacious and stable vessels. Our Whaleshark Swims are an experience that will make you the envy of your friends! 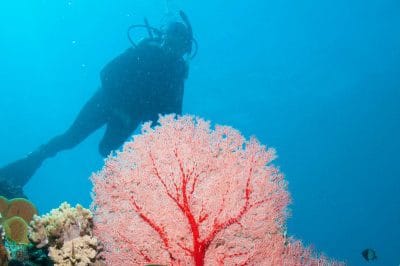 A full day tour on the water exploring this world heritage area famed for gorgeous colourful soft corals. This is a great tour for snorkelers and divers of all levels who can enjoy the diversity of marine life, from macro to wide angle.

Over 250 species of corals and over 500 species of fish including aggregations of larger fish species like Trevally, Cod and Snapper, plus Turtles, reef Sharks and Sea Snakes will amaze divers of all levels on your Ningaloo Reef double dive 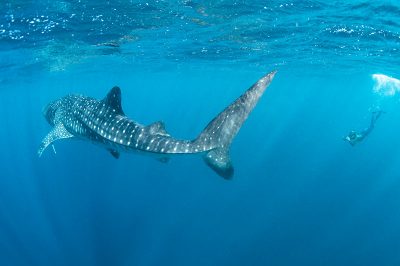 This tour is only scheduled towards the end of the WhaleShark season on the Ningaloo Reef. Offering a more basic Guarantee & no Video & Photo package. Being fully guided this tour is for all levels of people who can swim 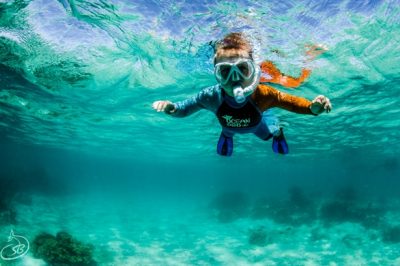 Sit back for a joyride as we travel to our snorkel sites around the Ningaloo area. We get to snorkel with gorgeous colourful fish and corals. Then we venture out to look for mantas from the deck of our big stable boats. Sit back for a joyride as we travel to our snorkel site around the Ningaloo area. We get to snorkel with gorgeous colourful fish and corals. We venture out to look for Humpback Whales & mantas from the deck of our big stable boats. 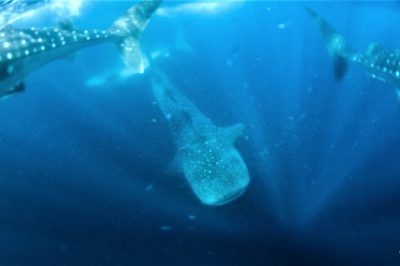 Last Week Of Tours !! End of Season Special ... Come Snorkel amongst the corals& Fish on the Ningaloo Reef.. With 2 hours of plane spotting, we Look to swim with a whalewshark or Manta , but no guarantee's